Hi! We’re going to start our fourth article about Bedrock’s API gateway. Today we will talk about the circuit breaker pattern, what it is, and how we’re using it.

With this pattern, our API Gateway detects errors when calling its dependencies. It will stop calling them if a given threshold (ratio of errors) is crossed.

The circuit breaker allows us to spare the dependencies in difficulty, but also avoid taking time to do something that will most likely fail.

Where to use it?

As soon as a service call is not mandatory for our BFF to answer something that a frontend application can read, then we can use the circuit breaker pattern.

If an API cannot handle a sudden increase in traffic (for example: it’s not scaling fast enough or its database starts to throttle), it’s better to stop calling it temporarily. When the right timeouts are configured, an API throttling will result in an error, as seen in the previous article

Here are some examples: 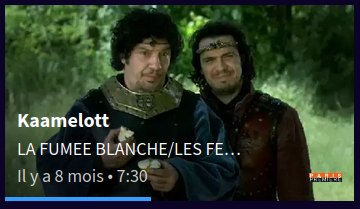 The geolocation service allows us to know where the end user is in the world. Based on this information we lock some area restricted contents. If this service goes down for some reason, we will stop calling it, and instead use a default area matching the area of our customer as it’s the majority case.

So far we’re only using the circuit breaker pattern with HTTP calls. This is made possible thanks to the Ganesha library, and its Guzzle middleware.

The Guzzle middleware is created as a service within the Symfony service definitions. It’s then injected into our HttpClientFactory that will handle the creation of all the different clients. The responsibility of using the circuit breaker falls on each service that will create a http client.

At Bedrock, we’re used to monitor everything. The circuit breaker makes no exception to this rule. Usually we store time spent and response code for every outgoing http call. To see when the circuit breaker is open, we catch the ganesha’s RejectedException to save a dedicated 666 http status.

This allows us to look for the exact number of calls avoided. Below lies an example of a monitoring chart showing some errors happening during a usual night.

We also have to query slower services that often trigger our circuit breaker because they cannot answer in the short timeout we impose. Thereafter, the same monitoring chart including such services.

So far, we have identified two areas for improvements described below.

We’re only using a single configuration for the circuit breaker. We should allow each service to choose from a named list of configurations when creating a client, similarly to the different guzzle configuration we are using. The main obstacle is a lack of hindsight which prevent us to have fine-tuned values. This is something that will definitively be improved over time as we monitor over long period.

Staled cache when the circuit breaker is open

For many editorial contents, we’re using a staled cache version of the data as a fallback. To do so, we’re using another guzzle middleware.

Sadly, the two middlewares don’t work together. We have to chose which one to use based on the criticality of the content and the API behind. This is something that we aim at solving with a bit of R&D.

In today’s post we’ve seen our usage of the circuit breaker pattern. It allows us to spare the services we are calling, and avoid slowing us down in case of throttling.

Next time, we will talk about our ultimate layer of protection to ensure the BFF always responds something readable to frontend applications.

From the same series

Is machine learning a unicorn hiding a series of if and else?

Prescaling pods in Kubernetes, we open source our solution